Sefiroth is an eight-piece ensemble founded by brothers Nick and Alex Roth to explore and reimagine traditional Sephardic (Judeo-Spanish) repertoire with a contemporary aesthetic. Sung in Ladino, these ancient songs weave timeless stories of love, loss and yearning for home, evoking the lands in which the Sephardic diaspora settled: Iberia, the Mediterranean and the Middle East. The group’s arrangements are as porous and wide-ranging as the history of the Sephardim, combining acoustic and electric instruments, improvisation, modern harmonies and trance-inducing rhythms.

Following the release of its debut EP, Sefiroth presented the multimedia theatre show Arvoles Yoran por Luvia, which set the group's experimental arrangements at the heart of an epic narrative conveyed through dance, digital projection and production design. Premiered with a three-night run at Battersea Music Hall, it was hailed as “absolutely incredible” (Musicians Benevolent Fund), “striking and innovative” (playstosee.com) and “flawless… an incredibly fascinating collaboration between music, dance and digital media” (bargaintheatreland.com).

In 2018, the group debuted its new show Adio Kerida ("Farewell, Beloved"), which was commissioned by the Manchester Jewish Museum as part of its Festival of Leaving.

“I really enjoyed listening back again and again...I love the way you keep the spirit of the traditions alive yet do something totally different at the same time.”
Fiona Talkington, Late Junction (BBC Radio 3)

"Explores the spaces between the sounds as much as the notes themselves… like abstract painting with music.”
Glyn Philips (worldmusic.co.uk) 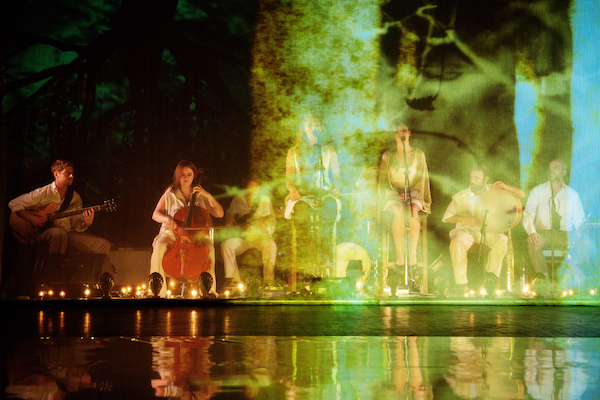