Developed through a residency at the Galicia Jewish Museum in Kraków, ROTH / ZIMPEL / ZEMLER explores resonances between historical and contemporary Polish-Jewish life through the filter of Alex’s own experience as a Detroit-born, London-raised descendent of Polish Jews returning to his ancestral homeland. Building on previous explorations of identity and heritage such as Otriad, Sefiroth and Arvoles Lloran por Luvia, the trio represents a collaboration with two musicians at the forefront of Poland's thriving experimental scene.

A recipient of the prestigious Paszport Polityki (Poland's most important cultural award), clarinetist/composer/producer Wacław Zimpel is known for his collaborations with Shackleton, James Holden, Ken Vandermark, Hamid Drake and Forest Swords, as well as a string of highly imaginative solo releases. Hubert Zemler, a founding member of the Warsaw collective/label Lado ABC, is a percussionist, composer and improviser involved in countless projects with such diverse collaborators as with Piotr Kurek, Mitch & Mitch, John Tilbury, Evan Ziporyn, Gyan Riley, Resina and Raphael Rogiński, alongside solo interpretations of renowned composers such as Per Nørgård and Steve Reich.

The trio’s unique performances centre around Alex's field recordings made at sites of significance to Polish-Jewish history: neglected cemeteries, forgotten monuments, former ghetto districts reclaimed by the ever-evolving cities they sit within in. As followers of the individual band members' prior projects might expect, ROTH / ZIMPEL / ZEMLER reference a rich array of contemporary experimental vernacular, from the symphonic ecstasies of Godspeed You! Black Emperor to Colin Stetson's splintering multiphonics and The Necks’ mesmeric long-form trances. Debut single "RZZ1" – recorded remotely during coronavirus lockdown and self-released in October 2020 – expands the group's sound even further, while retaining the hallmarks of its live shows: mesmeric trances, ecstatic overdriven drones and incantatory melodies, all woven together through exploratory improvisation. 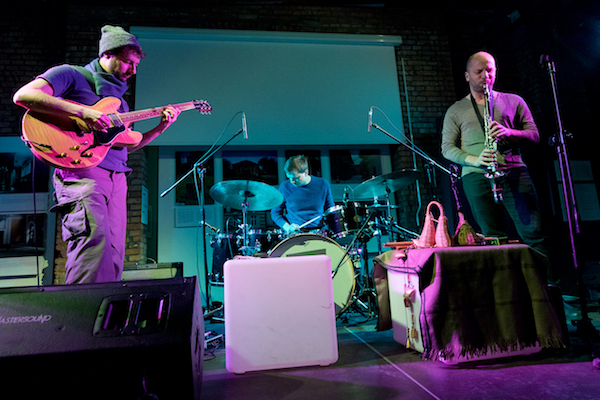