Outrenoir was a collaborative concept formed around a core duo with keyboardist Dave Morecroft (of WorldService Project), with a different guest musician invited for each performance. These included Ben Davis (cello), Alex Bonney (trumpet), Joe Wright (saxophones, electronics) and Lauren Kinsella (voice). The repertoire varied widely from concert to concert, including anything from Messiaen and Monk to deconstructed standards and Sephardic songs alongside original material. The rotating line-up of the trio encouraged different perspectives on the music, in the same way that the series of paintings by Pierre Soulages from which the project takes its name seems to respond to variations in aspect or light, creating the impression of a textural plane onto which the viewer projects his/her own imagined forms. 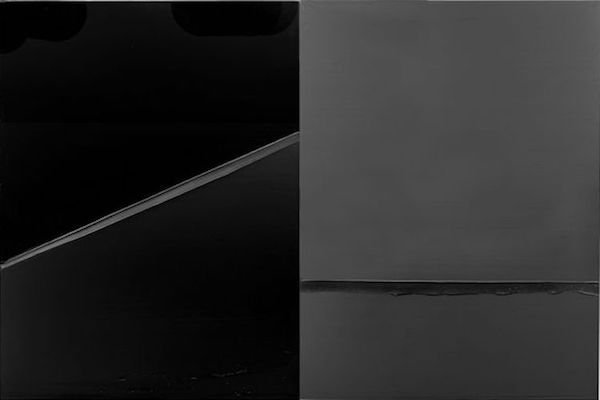